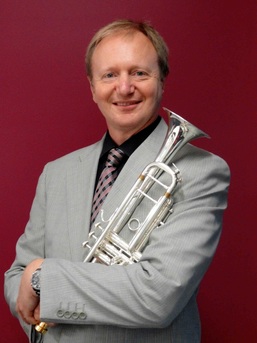 Shane is the Associate Conductor for 2016. He applied for this position, was shortlisted, completed an audition and interview, and was appointed by the GWS Committee after considering player feedback. We are delighted that Shane has accepted and we look forward to his contribution to the artistic leadership of The Grainger Wind Symphony.

As a conductor, Shane has been involved with community concert bands and orchestras for over  twenty years. He is active in supporting local musicians by programming a range of works written by established and student composers. Shane's conducting credits include performances in New Zealand, china and India.

As a trumpeter, Shane has played with five of Australia's professional orchestras and was introduced to everything from Paul Whiteman to Frank Zappa while playing with the Anne and John Hawker Big Band. Prior to this appointment Shane has been section manager for the trumpet section of The Grainger Wind Symphony and a player since 2010.

Shane is a committed educator who aims to provide a range of engaging and stimulating experiences to encourage people to pursue music as a lifelong activity. He has held the positions of Head of Brass, Director of Music and VCE Co-ordinator. he is also past Chair of the Australian Society for Music Education (ASME) - Victorian Chapter.